At the Skopje City Museum 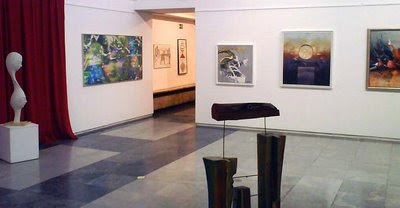 Zoran Poposki's work will be featured in the annual DLUM exhibition at the City Museum of Skopje, Macedonia, from 11-24 December 2008.
Poposki will exhibit a large-scale digital print previously shown in several international exhibitions, including a Long Island exhibition juried by one of the most prominent U.S. art critics, Donald Kuspit. 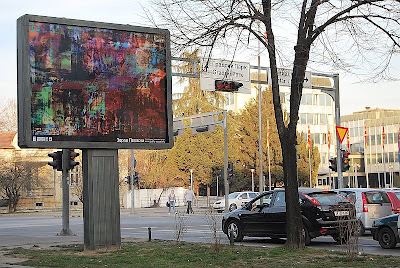 Conceived as a series of highly political abstract works for billboards, Zoran Poposki's latest project aims at reclaiming commercially usurped public space for artistic purposes. The first work in the series (Abstract Politics 1: Political Consensus Holds Key to European Integration, digital print, 2008, 300x400 cm), is installed as a megalight in the very center of Skopje, on Ilindenska Street (in front of the Macedonian Government building), thus marking the official start of the project.
More about the project here: www.public-space.info.

Shows in Seattle and in Istanbul

Works by the Macedonian digital artist Zoran Poposki will be presented in two international shows in the US and Turkey this February. 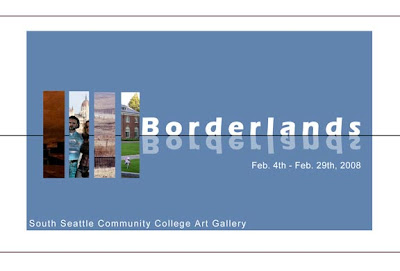 From 6 to 29 February 2008, Poposki will take part in the international exhibition Borderlands at the Art Gallery of the South Seattle Community College in Seattle, USA. “Borderlands aims to deal with the concept of political borders and how these borders affect people in the global community politically, emotionally, and socially. Work will be featured by artists from Macedonia to Seattle”, states the exhibition’s catalogue. At the exhibition Zoran Poposki will present a work from his multimedia project The Border, which addresses the issue of (im)permeability of borders in today’s global configurations by means of video, performance, digital prints and objects.

In Istanbul, from 19 to 29 February 2008, the program of the 3 Kargart Video Festival will include Poposki’s video performance entitled Here, a single-channel DVD video produced by Jane Stefanov, which deals with the dynamics between personal and cultural identity.

A video performance by the digital artist Zoran Poposki will be shown at the international exhibition Trajectories at the New Life Shop Gallery in Berlin, opening on 25 January 2008.

At the exhibition Poposki will present his video performance Here, produced by Jane Stefanov, which explores the personal experiencing of borders (psychological, geographic, political…) and their (im)permeability and arbitrariness in a globalizing world.